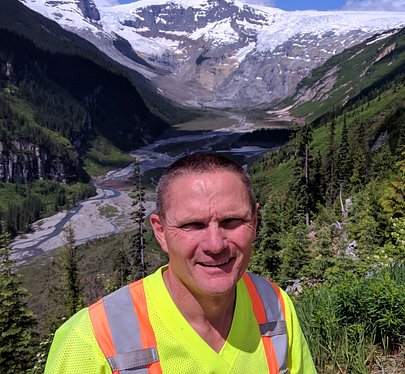 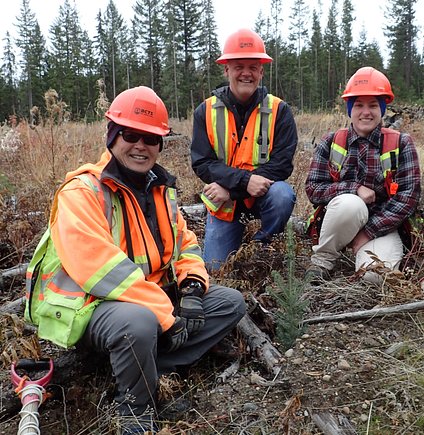 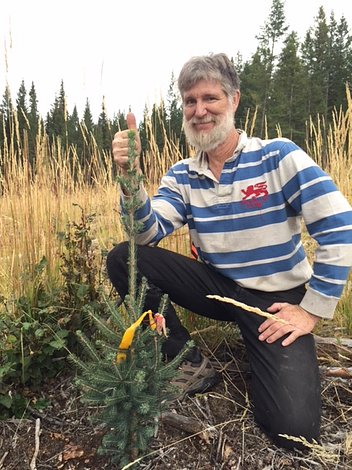 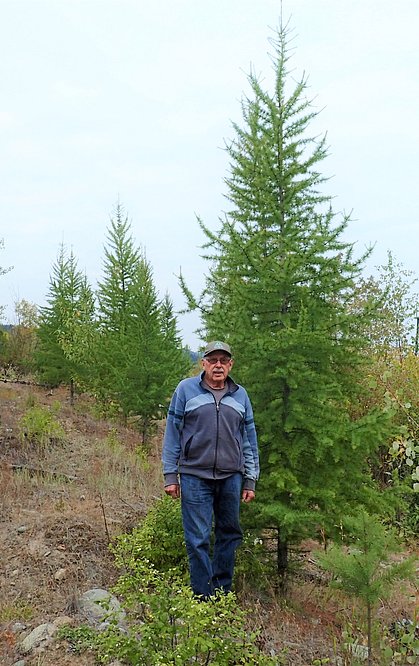 We, Craig & Leanna Mann of Woodlot 1595, have been fertilizing our seedlings at the time of planting since 2016. We use RTI’s Gilbert Smith fertilizer packs supplied by Darius Bucher of Integral Forest Management. It has made a significant improvement on the yearly growth of our trees and is helping us beat the competing brush. Using RTI’s fertilizer is definitely an important part of our reforestation program.

2017 Recipients of the Minister’s Award for Innovation and Excellence in Woodlot Management.

“Trying to grow trees as fast as possible is one of my hobbies!”

The attached photo taken 2 years after planting is of a 1+0 PSB 410 spruce seedling with 27% genetic worth that was planted in April of 2017 and fertilized at time of planting on an SBSdw2/01 site .  This seedling is in a controlled experimental plot that clearly demonstrates the lasting benefits of fertilization at time of planting with RTI’s Continuem PHP.

"I believe if everyone fertilized at the time of planting,  it would have a significant impact on growth and yield and help maintain the Annual Allowable Cut. ”

When we were made responsible for reforestation, our immediate thought was, how can we do it better than the present norm.  In 1998, after many years of slash burning, we changed to planting as is, and at the time of planting, used fertilizer in the form of tea bags.  This   achieved many things, and allowed the growth of more vigorous trees, and we were able to meet “free to grow”  designations  sooner. After many years of measuring our permanent sample plots, we anticipate we will be able to harvest the fertilized stands 10 years sooner than those that were not fertilized, which is a big accomplishment for growth and yield and the provincial economy.

We decided to try Continuem PHP on some sites to give our Sx and Fdi an initial boost. We are very pleased with the results! The Sx in the picture is a 412A 1+0 planted May 2018.

Still on the fence regarding the potential benefit of the product and how it can assist you?  Here is a quick testimony from Scott King who works for Louisiana-Pacific in Golden.  He has been a long time client of RTI for 13 years and has definitely seen the benefit over time:

Louisiana – Pacific: Seeing the Benefits Over the Long Term!

Before using RTI teabag fertilizer we were faced with many reforestation challenges, working in the challenging ecosystems of the Canadian Rockies near Golden, BC.  One of our biggest challenges was  the high cost of brushing out the trees from maple, willow, aspen, and birch. We realized that establishing heathy, vigorous seedlings as quickly as possible allowed for more seedlings to outcompete the brush and its associated costs.  If the trees get behind it can run anywhere from $700-1800/ha for a single brushing and on some sites  brushing may be required multiple times.  As a result, we started fertilizing at the time of planting with RTI’s Continuem blend and our brushing costs have been reduced to a small fraction of what they used to be.

The other issue that we faced was constantly losing plantations to vole damage.   One year we lost many thousands of seedlings to voles and it was becoming extremely costly.  We felt that if we could boost the vigour, defense compound levels, and caliper of the seedling stem by fertilizing at the time of planting, we could possibly prevent this damage from occurring.  Once again, we used RTI’s  Continuem blend, which has higher sulphur levels in its formulation,  to build seedling resistance to the voles. Although we do see some damage from the voles nibbling on the tree still, we are no longer losing plantations, and due to the increased seedling vigour from fertilizing, browsed seedlings quickly overcome the damage .

So to sum up, we have been using  RTI Continuem teabag fertilizer for 13 years and since then our silviculture program has been greatly simplified. I no longer have to deal with large brushing programs, NSR due to voles, or need to survey as often, as I am much more confident in the establishment of my trees.  This is a tool in my toolbox that I wouldn’t ever do without. The savings benefit more than justifies the cost.